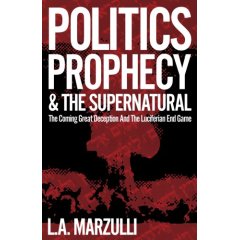 IS IT PROPAGANDA when it’s only a movie, and a pretty mediocre one at that? Our guest tonight, Dr. Lynn Marzulli, author of Politics, Prophecy, and the Supernatural, says yes.

Indiana Jones and the Kingdom of the Crystal Skull is, in Lynn’s view, a thinly veiled piece of predictive programming intended to prepare us for the forthcoming disclosure event, the revelation that we owe our existence to our “space brothers”. Furthermore, all the world’s religions are based on a flawed creation myth, and now they’ve returned to help us take the next step in our spiritual evolution.

P.I.D. Radio is proud to be affiliated with the Revelations Radio Network.

Click arrow on player below to listen now, or right-click (control-click for Macs) the “download” link to save the mp3 file to your computer.