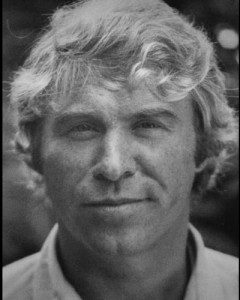 THE TITLE of tonight’s show is a reference to the conspiracy investigated by journalist Danny Casolaro. He believed it tied the United States government to the Inslaw case (a software company that accused the Justice Department of stealing its extremely powerful PROMIS case management software), the so-called “October Surprise” theory that Iran had held back the American hostages to help Ronald Reagan win the 1980 presidential election, the collapse of the Bank of Credit and Commerce International, and the Iran-Contra scandal. The scheme was so vast and complex that Casolaro referred to it as “the Octopus”.

Casolaro was found dead in a hotel room in Martinsburg, West Virginia in August of 1991, his wrists slashed 10 to 12 times. His death was, of course, ruled a suicide.

Casolaro’s story might have continued its slow fade into the dusty corners of conspiracy theory folklore, except that charges were filed this week against a Miami-based missionary to Honduras named Jimmy Hughes for the 1981 slayings of Fred Alvarez and two associates in Rancho Mirage, California. It is believed that Alvarez was killed to silence him before he could carry out a threat to expose financial improprieties and other illegal activity on the Cabazon Indian reservation in Riverside County, California.

Incredibly, what happened on Cabazon land in the late ’70s and early ’80s reaches around the world and into the highest levels of the US government — part of Casolaro’s “Octopus”. Central to the story (especially when he tells it) is the mysterious Michael Riconosciuto, now serving a 20-year sentence for production and distribution of meth.

Understanding “the Octopus” is like the old story of the blind men trying to comprehend their first encounter with an elephant: the parts you touch can appear to be completely different and totally unrelated. Running over the outlines of the case in about half an hour, we didn’t even mention mainstream media reports — published prior to 9/11 — that FBI spy Robert Hanssen sold an upgraded version of PROMIS to Russia, which in turn sold it to Osama bin Laden. It’s believed Al Qaeda used the software to penetrate databases and move funds between banks without being detected by US counterterror groups.

A PROMIS derivative was also allegedly used by Chinese military intelligence to steal nuclear secrets from the Los Alamos and Sandia national laboratories.

So, like the Octopus, the tentacles extending from the modifications made by Michael Riconosciuto at the Cabazon reservation are many and far-reaching.

Also: Ireland approves the Lisbon Treaty; President Obama strikes out in Copenhagen; the Ring of Fire heats up; the IMF becomes the world’s central bank; and a scam in Montana.

Recommended further reading (note: as of 11/30/14, some of the links below are no longer active):