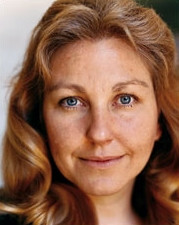 IN THE spring of 2006, we interviewed Navy veteran J Fields about the plight of his landlord, journalist and former congressional staffer Susan Lindauer, who’d been charged two years earlier with being an unregistered agent of the government of Saddam Hussein. (You can listen to the interview, presented in three parts, by clicking here.)

Susan was arrested in March of 2004 after she volunteered to testify before a blue ribbon commission on pre-war intelligence on Iraq. Lindauer approached two commission members, Trent Lott of Mississippi and John McCain of Arizona, with her offer of testimony about intelligence. It was after she made the offer to testify that she was arrested and charged.

Susan claims that her only crime was trying to persuade her cousin, Andy Card (then chief of staff to President Bush), that war against Iraq was inadvisable and unnecessary. She based her opinion on information she claims to have gathered as a liaison to the governments of Iraq and Libya while serving as an NOC (non-official cover) asset for the CIA and DIA.

She also claims that her CIA handler, Dr. Richard Fuisz, confirms information gathered from other sources — Michael Riconosciuto, via Cheri Seymour’s The Last Circle, and former DIA operative Lester K. Coleman in his book Trail of the Octopus (both links point to free online copies of the books) — that points the finger at Iran and the Syrian-based Popular Front for the Liberation of Palestine for the Pan Am 103 bombing.

Regardless of the charges, the fact that the government of the United States feels it can arrest and imprison American citizens without allowing a defense in open court should be a chilling reminder that it is later than you think.