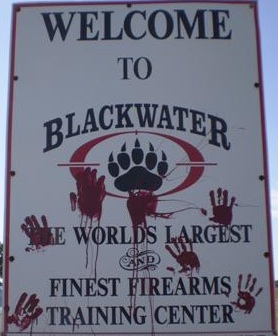 APPARENTLY ONE can shoot people with impunity, if you have a security contract with the U.S. government and you do your shooting in Baghdad. That’s the takeaway from the District Court ruling last week that exonerated five Blackwater contractors who were accused of killing 17 Iraqis without provocation on the streets of Baghdad in September, 2007.

Evidence collected for the case indicates that Erik Prince, Blackwater’s founder and CEO, encouraged his employees to rack up body counts of hajis and adopted call signs based on the medieval Knights Templar — which is ironic, as guests Paul and Phillip Collins point out, because the Templars were heavily influenced by Muslim secret societies like the Assassins.

What does it all mean? The brothers Collins connect the dots and integrate Blackwater into a larger, more disturbing picture: a global neo-gnostic jihad in which the heresy of Dominionism competes with radical Islam and the New Age movement to create a literal heaven on Earth — by assimilating or wiping out those who disagree.

Highly recommended: the Collins brothers’ article archive at the Illuminati Conspiracy archive, and the new podcast The Collins Brothers Unleashed.