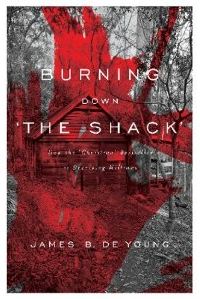 ONE OF the best-selling books aimed at Christians in recent years, The Shack presents a gospel that the Apostles of the first century would not have recognized.

Prof. James DeYoung, author of Burning Down ‘The Shack’: How the ‘Christian’ Bestseller is Deceiving Millions, talks about the deceptive, unbiblical doctrine of universal reconciliation and how it’s propelled The Shack to the top of the New York Times Best-Seller Lists.