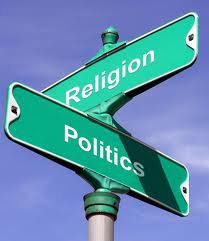 THE MOST dangerous threat to Christianity in America today may be patriotism. Conservative Christians tend to be pretty patriotic, which makes us especially susceptible to the idea that we need to reclaim the country for Christ. At what point does being salt and light to the world morph into imposing a totalitarian government in Christ’s name?

C.J. Hampton, organizer of The Politics of Religion Conference April 1st and 2nd in Fort Wayne, talks about dominion theology, the gospel, and the need for Christian discernment.

Please note: due to our upcoming move to Illinois, we’ll be scaling back our podcast schedule to once a week for at least the next two months. We appreciate your understanding! For updates, visit the P.I.D. Radio Facebook page, and check out the great Christian podcasters at the Revelations Radio Network.