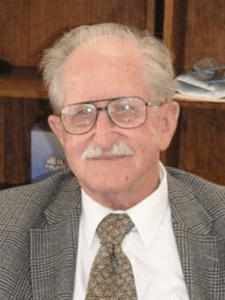 JESUS CHRIST said there would be a last generation. Is this generation the one? At his presentation for the Future Congress on Emerging Threats and Challenges, Rev. Noah Hutchings offered forty signs related to the last generation — all of which are in evidence right now.

Rev. Hutchings discusses some of the forty signs: Increase in the speed of travel; increase of knowledge; increase in earthquakes; epidemic diseases; famines; breakup of the home; signs in the moon, sun, and stars; the rebirth of the nation of Israel; the trees of Israel; public education and evolution; and abortion, to name a few.

Rev. Noah Hutchings is the president of Southwest Radio Ministries and has been with the ministry since 1951. He has written over 100 books on Bible commentary and prophecy. His latest book is 40 Irrefutable Signs of the Last Generation.

Weigh in at the new P.I.D. Radio Forum. And please visit the P.I.D. Radio Facebook page, and don’t forget the great Christian podcasters at the Revelations Radio Network.
Click the arrow on the player below to listen now, or right-click (control-click if you have a Mac) the “download” link to save the mp3 file to your hard drive.