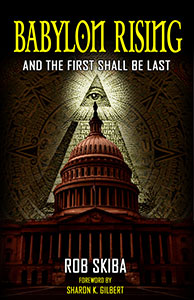 ON THIS Super Sunday, we do something a little different and welcome a guest into the Bunker.

We’re honored to share an hour picking the brain of Rob Skiba, writer, director, and now author of the new book Babylon Rising: And the First Shall be Last.  We discuss the seemingly unconnected threads coming together as we approach the end times end game.