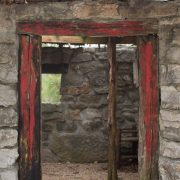 MOUNTAINS ARE shaking. A massive earthquake has left over 2,400 dead in Nepal while a volcano in Chile has unexpectedly erupted. Some locals believe it was a manifestation of the god of the volcano. This isn’t surprising–mountains and volcanoes have been considered the abode of gods since the dawn of time.

A LOOK at the aftermath of Hurricane Irene, new developments in Libya, and the continuing march on the Path to Persia.  Also: Copper thieves on I-95; hyping wind farm bird… Read more »

JESUS CHRIST said there would be a last generation. Is this generation the one? At his presentation for the Future Congress on Emerging Threats and Challenges, Rev. Noah Hutchings offered… Read more »

IT’S DIFFICULT to grasp the magnitude of the tragedy in Japan. Some estimates place the ultimate death toll at above 10,000.  Before-and-after images of the stricken areas defy description. While… Read more »