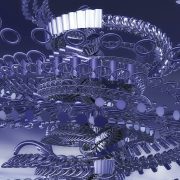 JUST AS fractals are geometric patterns containing detailed structures at increasingly small scales, geopolitics is a reflection of activity in the unseen realm.

THE TITLE of tonight’s show is a reference to the conspiracy investigated by journalist Danny Casolaro, a scheme was so vast and complex that Casolaro called it “the Octopus”. Casolaro was found dead in a hotel room in West Virginia in August of 1991, his wrists slashed 10 to 12 times. His death was, of course, ruled a suicide.

Nancy Pelosi misses the point of the protester’s swastika TODAY MARKS the 54th anniversary of the Hiroshima bomb, a watershed event in history. If you can, catch the HBO… Read more »