A CREEPY new video presents a dark puzzle that apparently threatens U.S. President Barack Obama. As of today, nobody seems to know who created the video and what it really means.

IN A move that surprised casual observers, Pope Benedict XVI announced today that he is resigning the papacy effective February 28, 2013. The last pope to resign, rather than die… Read more »

AS WE head into the final month of the 13th B’ak’tun on the Mayan Long Count, we discuss the numerological fascination of some professing Christians.  Does God really work best… Read more » 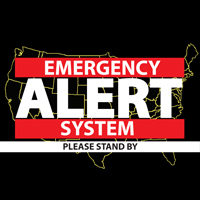 FOR THE first time since the Emergency Broadcast System was invented in 1963, Americans will experience a national test of the Emergency Alert System. The test at 2:00PM EST (GMT… Read more »