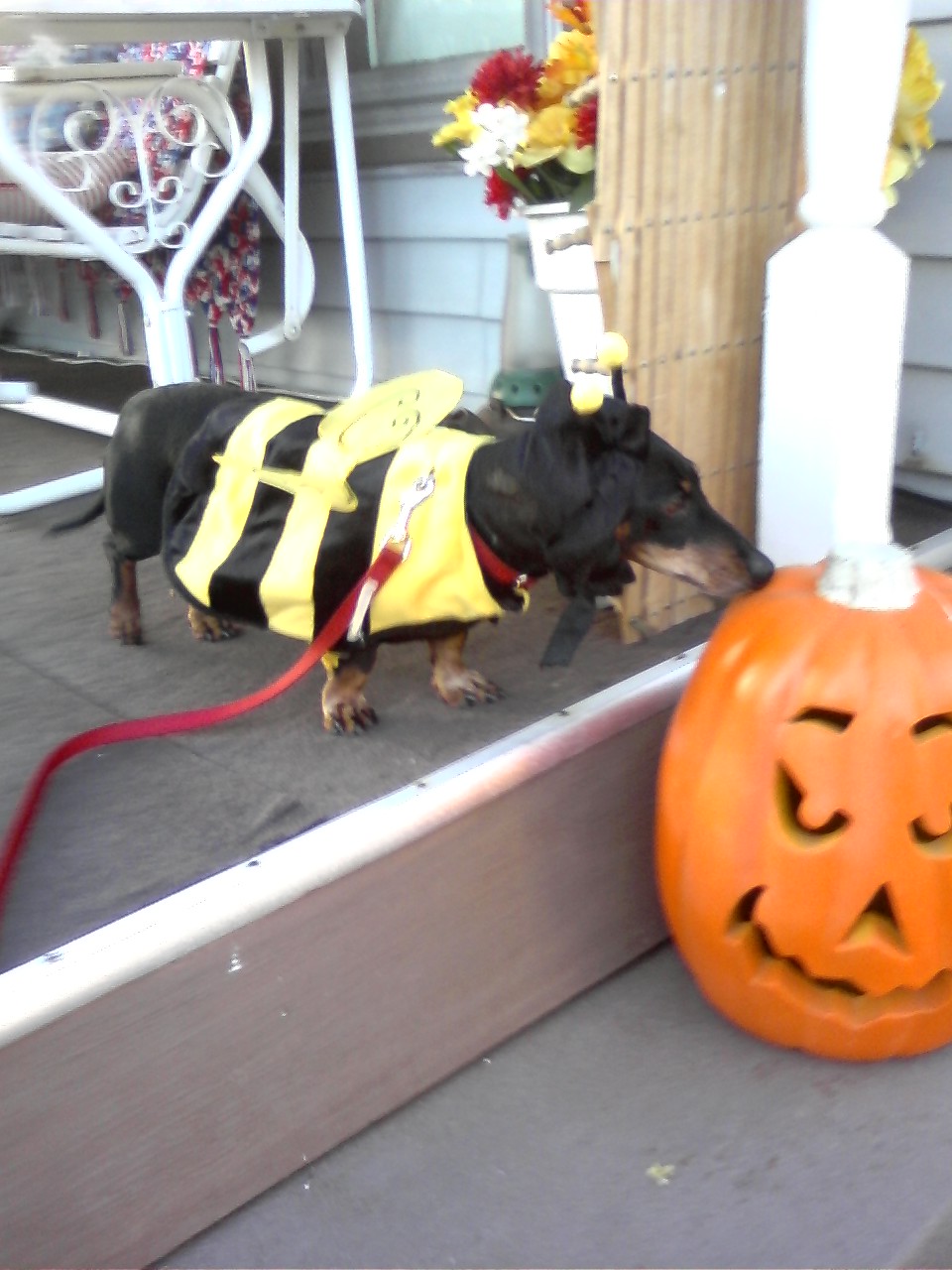 Sam T. Dachshund as a beedog

Sam T. Dachshund adopted Sharon and Derek Gilbert on July 1, 2008. He’d had a rough go in life that summer. Before meeting the Gilberts, Sam lived in a nearby town with his first ‘mom’, a lovely older lady. Sam had lived there for over six years, and it was the only home he had ever known.

Then came the spring rains, the tornadoes, and the flood. Sam’s town was inundated with water.

At this same time, his dear ‘mom’ passed away (from natural causes, not related in any way to the flood). Suddenly, Sam had lost his ‘mom’ and his home. He moved in briefly with a young family, and Sam did his best to fit in, but it was really tough–he’d lived through a lot, and now he had to get used to a new town, new people, a new house, and a baby in the family. Life had gotten really hard.

That’s where Sharon and Derek came in–and boy are they blessed to have found Sam living just a few blocks from their house! Now, Sam has his own familiar surroundings, lots of attention and hugs and snacks, four or five walks a day, squirrels to chase, and cats to annoy. He’s having a great time. And Sam occasionally sits in during recording of the PID Radio programs. He’s an expert on politics, you know.

He just doesn’t like storms. But who can blame him?