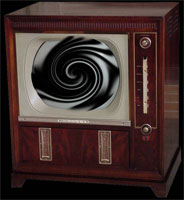 TELEVISION goes completely digital in the United States this Friday. Comes now word of a letter from three doctors in Germany to President Obama, written in March, warning him of serious health consequences from digital television signals and asking him to stop it before it’s too late.

Also: the shooting at the Holocaust Museum; Blackwater/Xe continues to operate in Iraq; Amway’s Orlando Magic in the NBA Finals; terror names linked to Air France crash; and mutilated cats in Miami.