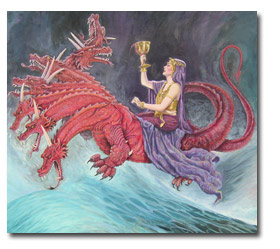 MAY 1, 2010 will see a group of prominent American evangelicals in a strange partnership with leaders of the Apostolic-Prophetic movement. They’ll gather at a replica of the Temple of Zeus (the Lincoln Memorial) for sunrise worship on Beltane, one of the most important holy days of the occult calendar. Why? Why would evangelicals like Dr. James Dobson and Tony Perkins of the Family Research Council join hands with the Joel’s Army fringe?

In a pagan temple at sunrise on Beltane, of all things?

To pray for help — a divine “mayday” call. Or is there more to it?

We see a dominionist spirit at work, a heretical intent to marry church and state in what may ultimately be the foundation of the Antichrist’s world church/state partnership.

Also: Corporations are people, too; NASA looks for “Death Star”; anomalies around the Sun; Mexican military copter over Texas; colored snow in Russia; EU tries to solve Greece; Pope Benedict is his brother’s keeper; and the prophecies of Fatima and St. Malachy.

Mark your calendar: Derek is honored to serve as master of ceremonies for The Last Days Conference April 23rd & 24th in Antioch (Nashville), Tennessee. Speakers include: