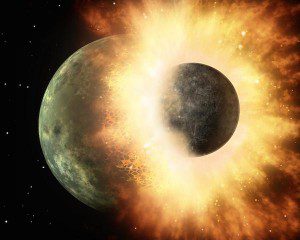 THE TITLE of this week’s show is a reference to a wonderful exchange between a clothing designer and a host on the QVC shopping channel about whether the Moon is a planet or a star. Of course, it’s neither, but it led to a discussion of a panic 60 years ago when the U.S. government frantically searched for two “natural” satellites that appeared on radar, orbiting the equator at 400 miles and 600 miles above the Earth.

We believe the UFO phenomenon is real, but it’s not what UFO true believers think it is.

Please join us Sunday mornings at 10:30 AM Central Time (UTC -6) for the Gilbert House Fellowship at www.GilbertHouse.org, a virtual gathering to study the scriptures in chronological order. And check out the website for our forthcoming book on transhumanism, Rise of the Cybergods.