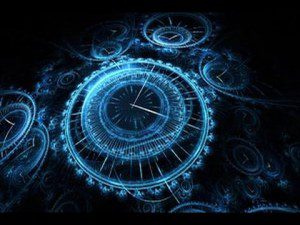 A recent experiment with helium atoms demonstrated that, at the quantum level, time may run backwards, and reality does not even exist until it is observed. Some New Age teachers take this as confirmation of the Law of Attraction, or mind over matter — much to the annoyance of quantum physicists.

Also: MERS and Avian flu continue to spread (and Ebola in West Africa is not quite dead); organ harvesting in China; the Bilderberg Group meets this weekend; “Contact in the Desert” spreads the ancient alien gospel; California moves to eliminate personal belief exemptions for unvaccinated children;  and a child dies in Mexico, apparently sacrificed to Santa Muerte.