Weâ€™re back after a week away, and the show is again a wide-ranging look at the state of affairs around the world. Iraq, Iran, Russia, North Korea, Election Day, and the forthcoming North American Union were all on the table.

As we connect the dots, itâ€™s becoming apparent that World War I never really ended (which itself was just a continuation of the European wars of the 19th century, which in turn were products of wars from the Elizabethan era, and so on). The conflicts in the Middle East are just the latest fronts in a long-running global conflict that never truly ends.

Hereâ€™s one of the â€œpictures of 1,000 wordsâ€ we mentioned during the show: 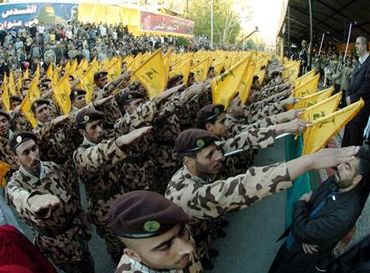 Hezbollah uses a salute that is disturbingly familiar. And it’s not by accident.