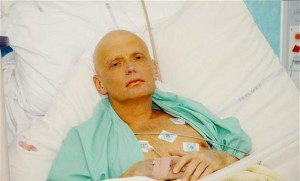 THE BRITISH government is close to releasing the findings of its inquiry into the death of Alexander Litvinenko, a fugitive member of Russia’s FSB security service (formerly the KGB). Litvinenko died in 2006 at the age of 44, poisoned with radioactive polonium-210. Reports indicate that Litvinenko, who had defected to England, was killed after exposing links between the Russian mafia’s illegal drug trade and associates of Vladimir Putin.

Also: Email shows military was ready to help Americans in Benghazi; Pentagon does end run around White House on Syria; 800-year-old Jewish prophecy of war between Persia and Arabia signaling arrival of Messiah; Soldiers of Odin stalk Muslim immigrants in Finland; Germans outraged at government response to migrant sexual assaults in Cologne; tech giving predators access to your kids; and 2016 is apparently the Year of Antichrist on American television.

Here is the link to the Seymour Hersh article mentioned during the program.